Please tell me you’ve seen the movie UP! If you haven’t, you need to stop reading this now and go watch it. But fast-forward through the first 10 minutes because no one should have to cry during Pixar movies! Anyway, there is this little boy in the movie named Russell, he is on the hunt to get all his badges and become a Senior Wilderness Explorer! 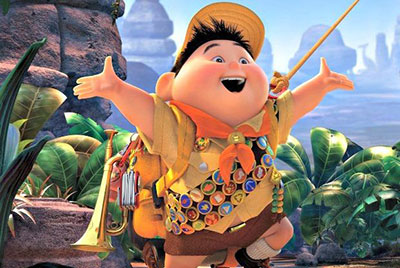 Well, in June when we were at Animal Kingdom, I saw all these stands that said Wilderness Explorer. One of the cast members told us that you could get a book and go all around the park earning your badge, but there were 31 badges you had to earn so it was hard to do it all in one day! So I asked the obvious question that any normal 31 would ask-Is this just for kids. I was told it was for kids of all ages! I knew we would be going back to Disney in early September, so I told Scott that is the one thing I wanted to do! Go to Animal Kingdom and earn ALL the badges in ONE Day! 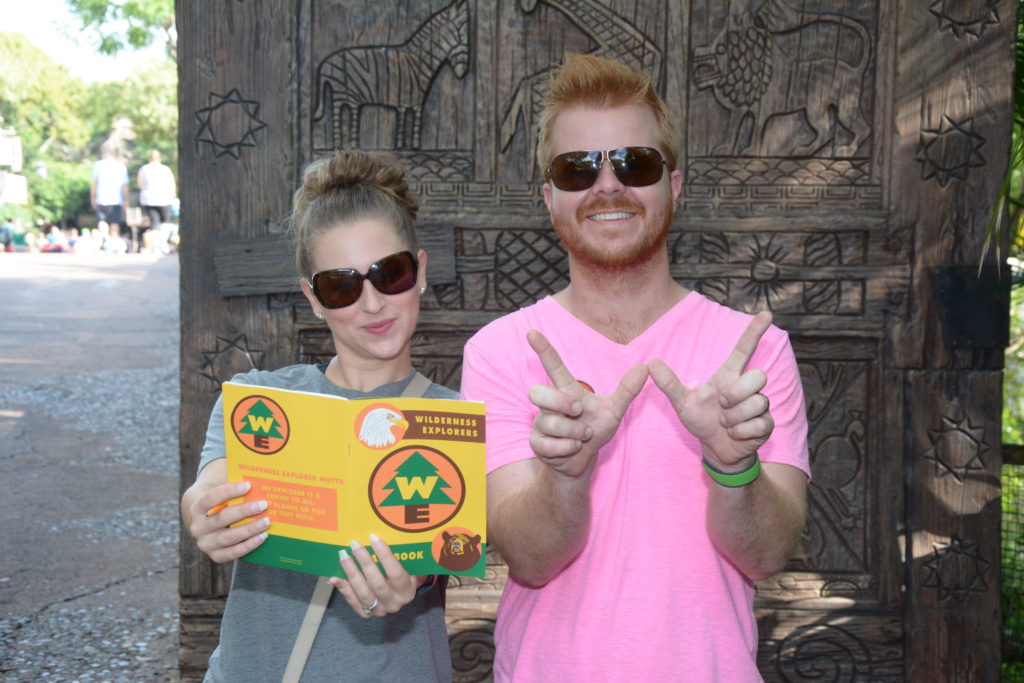 And we did! If you are thinking about doing this fun activity at Animal Kingdom I would encourage you to! I don’t feel like we missed out on anything and I paid attention to more things in the park by doing this! There were also some things I wouldn’t have done had it not been for the Wilderness Explorer! Here are some tips/thoughts/suggestions from our time as a Wilderness Explorer: